Why tell us about Williamstown?

Examples of my glass are for sale in a cute little gallery in Williamstown in Melbourne, Victoria.

I can’t tell you how lovely it is to visit Williamstown!

Its a place full of history, fantastic scenery, restaurants and of course, one lovely gallery exclusively selling hand crafted glass!

Less well known facts about Williamstown are that the aboriginal people occupied the area long before maritime activities shaped the modern historical development of Williamstown.

The Yalukit-willam clan of the Kulin nation were the first people to call Hobsons Bay home.

They roamed the thin coastal strip from Werribee to Williamstown/Hobsons Bay.

The Yalukit-willam were one clan in a language group known as the Bunurong, which included six clans along the coast from the Werribee River, across the Mornington Peninsula, Western Port Bay to Wilsons Promontory.

The region offered a varied diet to its inhabitants. Not only were shell fish available from the sea, but the many swamps and creeks in the district would have yielded birds, fish, eels, eggs and snakes.

Early white settlers in the region noted plenty of kangaroos and possums, which would also have been a source of food.

The Yalukit-willam referred to the Williamstown area as “koort-boork-boork”, a term meaning “clump of she-oaks“, literally “She-oak, She-oak, many.”

Around Point Gellibrand people used to be invited to join in ceremony, an indigenous peace festival and food festival where there would be an exchange of water and the leaves of a gum tree as well as feasts of bird meat and fish and shellfish.

The head of the Yalikut-willam tribe at the time of the arrival of the first white settlers was Benbow, who became one of John Batman’s guides. 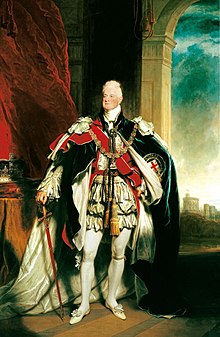 Williamstown was named in honour of William IV

The first European to arrive at the place now known as Williamstown was Acting-Lieutenant Robbins, who explored Point Gellibrand with his survey party in 1803.

The mouth of the Yarra River was later inspected in May and June 1835 by a party led by John Batman who recognised the potential of the Melbourne townsite for settlement.

The site of what became Williamstown they named Port Harwood, after the captain of one of their ships.

In November 1835, Captain Robson Coltish, master of the barque Norval sailed from Launceston, then crossing Bass Strait with a cargo of 500 sheep and 50 Hereford cattle which had been consigned by Dr. Alexander Thomson. After reaching the coastline of Port Phillip, Captain Coltish chose the area now known as Port Gellibrand, as a suitable place to unload his cargo.

Within weeks of the first consignment, a stream of vessels began making their way across Bass Strait. Because of the sheltered harbour, many of these new arrivals decided to settle in the immediate area.

When Governor Richard Bourke and Captain William Lonsdale visited the emergent settlement at Port Phillip in 1837, they both felt the main site of settlement would emerge at the estuary and they renamed it William’s Town after King William IV, then the English monarch.

It served as Melbourne’s first anchorage and as the centre for port facilities to the Port Phillip district until the late 19th century.

Recently,  Williamstown has received a face lift and become a major tourism drawcard.

It retains the coherence and charm of a maritime village, due, in no small part, to the many historic buildings.

A proliferation of cafes and restaurants are a major feature of Nelson Place which runs adjacent the foreshore while boats, yachts and dinghies decorate the shoreline and ships sail through the estuary en route to the Port of Melbourne.

The 2006 Census data also shows that 74.6% of persons usually resident in Williamstown stated they were born in Australia.

Other common responses within Williamstown were: England 4.8%, New Zealand 1.5%, Scotland 1.2%, Italy 1.1% and Greece 0.8%. The data also showed that 88.5% of persons usually resident in Williamstown were Australian citizens, 19.6% were born overseas and 0.7% were overseas visitors.

The Williamstown Festival, held each year in March/April, is the major Community Festival for the Western Region of Melbourne. It celebrates and promotes the unique identity of Williamstown, focusing on its spectacular seaport setting as well as the community’s vibrant cultural life.

A maritime museum is located on board the World War II minesweeping corvette HMAS Castlemaine, which is tied up at Gem Pier adjacent to Commonwealth Reserve.

Williamstown Little Theatre, located at a converted bakery at 2-4 Albert Street, is one of the leading non-professional theatre companies in Melbourne.   Since 1946 it has presented quality, affordable theatre to the people of Williamstown and the wider community.

The Glassily Nook has its eclectic entrance between buildings such as these, right on the foreshore of Williamstown itself.