We are all watching the Press Conferences where someone to the side of the main speaker is “signing”.

I don’t know much or really anything at all about signing.  I have no idea how it began, who started it, if every country has its own sign language or if there’s an international standard.  So read on if you want to learn with me about any of this! One of the earliest written records of a sign language is from the fifth century BC, in Plato‘s Cratylus, where Socrates says: “If we hadn’t a voice or a tongue, and wanted to express things to one another, wouldn’t we try to make signs by moving our hands, head, and the rest of our body, just as dumb people do at present?” Pedro Ponce de León  1520–1584, is said to have developed the first manual alphabet.

This alphabet was based, in whole or in part, on the simple hand gestures used by monks living in silence.

Ponce de Leon established a school for the deaf at the San Salvador Monastery in Oña. His students were almost all children of wealthy aristocrats who could afford private tutoring. His work with deaf children focused on helping them to learn how to speak language audibly. He also instructed children in writing and in simple gestures as portrayed in the image above where he’s teaching a deaf child.

Then, in 1620 Juan Pablo Bonet published ‘Reduction of letters and art for teaching mute people to speak’, and it’s considered the first modern treatise of sign language phonetics, setting out a method of oral education for deaf people and a manual alphabet.

In Britain, manual alphabets were also in use for a number of purposes, such as secret communication, public speaking, or communication by deaf people. (Funnily enough, deaf people say one of the best things about being able to sign is holding a conversation across a crowded room full of people and noise!)  In 1648, John Bulwer described “Master Babington”, a deaf man proficient in the use of a manual alphabet, “contryved on the joynts of his fingers”, whose wife could converse with him easily, even in the dark through the use of tactile signing. The vowels of this alphabet have survived to this day in the contemporary alphabets used in British Sign Language, Auslan and New Zealand Sign Language. The earliest known printed pictures of consonants of the modern two-handed alphabet appeared in 1698 with Digiti Lingua (Latin for Language [or Tongue] of the Finger), a pamphlet by an anonymous author who was himself unable to speak. Nine of its letters can be traced to earlier alphabets, and 17 letters of the modern two-handed alphabet can be found among the two sets of 26 handshapes still depicted.

Charles de La Fin published a book in 1692 describing an alphabetic system where pointing to a body part represented the first letter of the part (e.g. Brow=B), and vowels were located on the fingertips, he described such codes for both English and Latin. He suggested that the manual alphabet could also be used by mutes, for silence and secrecy, or purely for entertainment.

By 1720, the British manual alphabet had found more or less its present form.   Descendants of this alphabet have been used by deaf communities (or at least in classrooms) in former British colonies India, Australia, New Zealand, Uganda and South Africa, as well as the republics and provinces of the former Yugoslavia, Grand Cayman Island in the Caribbean, Indonesia, Norway, Germany and USA. Frenchman, Charles-Michel de l’Épée published his manual alphabet in the 18th century.  This has survived basically unchanged in France and North America until today.  In 1755, Abbé de l’Épée founded the first school for deaf children in Paris;  Laurent Clerc was arguably its most famous graduate. Clerc went to the United States with Thomas Hopkins Gallaudet to found the American School for the Deaf in Hartford, Connecticut, in 1817.

Gallaudet’s son, Edward Miner Gallaudet, founded a school for the deaf in 1857 in Washington, D.C., which in 1864 became the National Deaf-Mute College. Now called Gallaudet University, it is still the only liberal arts university for deaf people in the world. 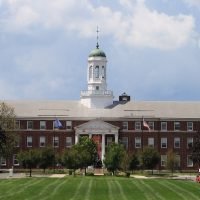 Interestingly, the sign languages of Spain and Mexico are very different, despite Spanish being the national language in each country and the sign language used in Bolivia is based on ASL rather than any sign language that is used in any other Spanish-speaking country.

Variations also arise within a ‘national’ sign language which don’t necessarily correspond to dialect differences in the national spoken language; rather, they can usually be correlated to the geographic location of residential schools for the deaf.  This is interesting because I actually wondered if dialect in different areas had an effect on signing. International Sign, formerly known as Gestuno, is used mainly at international deaf events such as the Deaflympics and meetings of the World Federation of the Deaf.   While recent studies claim that International Sign is a kind of a pidgin, they conclude that it is more complex than a typical pidgin and is more like a full sign language.

By the way, the next Deaflympics is going to be held at Caxias do Sul, Brazil on 05-21 December 2021. I hope this virus thing is over by then! 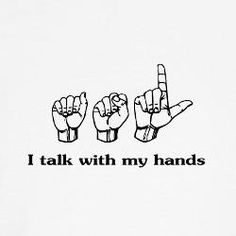 There is a common misconception that sign languages are somehow dependent on spoken languages: that they are spoken language expressed in signs, or that they were invented by hearing people.   This is exactly what I was wondering at the very beginning of this project.

Similarities in  language processing in the brain between signed and spoken languages further perpetuated this misconception.  Hearing teachers in deaf schools, such as Charles-Michel de l’Épée or Thomas Hopkins Gallaudet (mentioned before) are often incorrectly referred to as “inventors” of sign language but instead, sign languages, like all natural languages, are developed by the people who use them, in this case, deaf people, who may in fact have little or no knowledge of any spoken language. Some adjectival and adverbial information is conveyed through non-manual elements, but what these elements are varies from language to language. For instance, in ASL a slightly open mouth with the tongue relaxed and visible in the corner of the mouth means ‘carelessly’, but a similar non-manual in BSL means ‘boring’ or ‘unpleasant’. During our recent “black summer” of forest fires we would see Auslan interpreters regularly beside our political leaders, Chief health officers, Police Commissioners, Heads of the Fire Department,  and they are sharing the information simultaneously to all the deaf people watching.  They don’t have to wait for someone else to interpret the press conferences for them.  I wonder why this hasn’t been happening all along, since the beginning of television! According to Holly Tregenza, in some Australian states and territories, the audience knows the interpreters by name.

Mandy Dolejsi is actually the only Auslan interpreter in the ACT with the qualifications needed to work in emergency broadcast.  She is trying to retire, unsuccessfully, and is widely recognized around Canberra.  Ms Dolejsi has been doing the job officially for 38 years, but has been involved in the deaf community a lot longer.  “My husband, Ivan, is deaf,” she said.  “There was a large group of deaf people that we socialised with and a lot of us worked in the same government department, so bosses from other sections would ask me to interpret things.”

Pretty soon, she went from interpreting for her husband and his social circle to interpreting for ministers and prime ministers.  “In one leap. There was no real learning curve. I didn’t even call myself an interpreter, I could just sign,” she said.  Thank you for your work Ms Dolejsi! What a difference it makes for hearing-impaired people. Photo: Another “signer”, Ms Bun, conveyed the recent announcement that Australia had updated its travel advisory to level four for the entire world — a first in the nation’s history. (ABC News)

The Australian Network on Disability estimates there are about 30,000 Auslan users with complete hearing loss.  While captioning has its place, it can be patchy and inaccurate. And in an emergency situation, that can be deadly.  Leonie Jackson is the chief executive of the Deaf Society and is herself a deaf person, and says:

“Many deaf people in Australia rely on Auslan to get information,” Ms Jackson said.  When asked how tiring it is, Ms Bun (pictured above) said she sometimes gets a sore back and went on to explain “It’s more my brain; we can only interpret at our peak for about 20 minutes.”

She said that is why people might notice an interpreter come on as a substitute mid-way through a press conference. “Yes, they still get nervous going live to air and sometimes we don’t get the information beforehand, so that’s the stress,” Ms Dolejsi said. Ms Dolejsi has been involved in the deaf community for more than 40 years.   ABC News: Michael Black

“Being live is a completely different kettle of fish to just interpreting at a doctor’s office” she says.

She said the latest news, that ABC News channel’s Sunday 6:00pm AEST national bulletin would feature an Auslan interpreter picture-in-picture, was a terrific step forward.   In fact, there are more interpreters on Australian screens than at any other time in history.

“It’s amazing,” Ms Jackson said. “It gives them a greater sense of feeling safe. There has been a lot of panic that deaf people would miss information.  But an interpreter wouldn’t be on screen without deaf people advocating for that.

“In the past the prime minister’s office never booked an interpreter or accepted the need for an interpreter, but I think having them now means that we’ve seen a big impact.”

“We can’t describe the feeling of knowing what is happening. It’s a really a huge sense of relief.” said Leonie Jackson, Chief executive of the Deaf Society and is herself a deaf person. 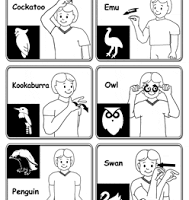 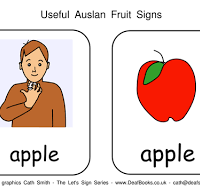 There are loads of different ways to learn how to sign.  There are techniques to help deaf children learn, there are flash cards and videos and all manner of ways to help teach Auslan.

Anywhere in Australia you can go to The Deaf Society and book an Auslan interpreter for your event or you can learn all about Auslan for yourself. And, dear Reader, you can learn a piece of signing that I promise you will never forget.

What a useful skill these people have, and I’m so pleased this is part of our regular broadcasting routine. Thank you to all “signers” for your work and I’m sorry its been so long coming.

More random blog topics coming soon.  Anything which has interested you recently that you’d like to learn more about?

I’ve received this extremely informative reaction to the blog that you see above and decided to actually add it here for everyone to read.  Thanks Alison Kingston for sharing some of your vast knowledge on this topic for us.

How do I know all this?
I studied Auslan full time at Tafe for two years and worked at the W.A Deaf Society for 5 years as an Interpreter Booking Officer. I was the person responsible for advocating for abc booking interpreters at all events (dr, Anzac Day celebrations, family events, hearing appointments, school meetings, job interviews, theatre shows ect)

Anyway… I could ramble on about this topic forever

– thanks for sharing such an informed article with everyone

How lucky am I to have received such a response.  Thank you Alison!  I love being a blog writer – you never know where the ripples end.