Trying to recreate fireworks in glass and other stuff!

I love fireworks and recently I have been trying to recreate fireworks in glass. No, make that I really love fireworks!  In fact, I’ll travel just about anywhere to watch a fireworks display. So recently I decided to try and reproduce some fireworks in glass to brighten our indoors in winter. But it was snapped up by a gallery in Melbourne, so I had to make an identical one to keep my other half happy, as he liked it so much! I’m about to make more fireworks designs of all different shapes and sizes.

As regular readers will know well, I’m perpetually curious as to how ideas and practices develop, so here is a brief history of fireworks and how they came to be.

Chinese people believed that the noise of fireworks could expel evil spirits and bring about luck and happiness. They still do, as anyone who has been in their local ‘Chinatown’ on an auspicious day can attest! For the same reason lots of communities sing, chant and bang pots and pans on important days, all around the world.

During the Song Dynasty (960–1279), many of the common people could purchase various kinds of fireworks from market vendors, and grand displays of fireworks were also known to be held. In 1110, a large fireworks display in a martial demonstration was held to entertain Emperor Huizong of Song (r. 1100–1125) and his court. Eventually fireworks spread to other cultures outside China via trade routes.

The art and science of firework making has developed into an independent profession. In China, pyrotechnicians were respected for their knowledge of complex techniques in mounting firework displays. Rocket propulsion was common in warfare, as evidenced by the Huolongjing compiled by Liu Ji (1311–1375) and Jiao Yu (1350–1412). Then in 1240 the Arabs acquired knowledge of gunpowder and its uses from China. A Syrian named Hasan al-Rammah wrote of rockets, fireworks, and other incendiaries, using terms that suggested he derived his knowledge from Chinese sources, such as his references to fireworks as “Chinese flowers”. A rather charming name! With the development of chinoiserie in Europe, which often featured art of firework displays, Chinese fireworks began to gain popularity around the mid-17th century. Lev Izmailov, ambassador of Peter the Great, once reported from China: “They make such fireworks that no one in Europe has ever seen.” In 1758, the Jesuit missionary Pierre Nicolas le Chéron d’Incarville, living in Beijing, wrote about the methods and composition on how to make many types of Chinese fireworks to the Paris Academy of Sciences, which published the account five years later. His writings would be translated in 1765, resulting in the popularization of fireworks and further attempts to uncover the secrets of Chinese fireworks. Firework knowledge was spreading! 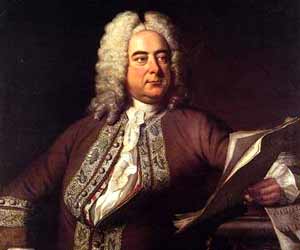 Music for the Royal Fireworks in London was composed by George Fredric Handel in 1749 to celebrate the Peace treaty of Aix-la-Chapelle, which had been declared the previous year.

The music is very popular to this day and frequently used to accompany fireworks displays and other celebrations. Increasingly, an industry has grown up matching music – sometimes newly composed – to accompany major firework displays. Here’s a sample of the original Fireworks music composed by Handel. Of course there are now hundreds of different colours and shapes of fireworks that we enjoy at festivals in every neighbourhood.  As you’ll see below, I have tried to produce in glass the magnificent firework called “the Crossette”. Crossette is an effect characterized by a “star” which quickly shoots outward in four directions from the initial comet.

When multiple crossette shells are fired simultaneously, the result is a mass of criss-crossing trails, hence the name.

Each specialized star in a crossette shell contains a small shot hole that effectively divides the star into four sides. The shot hole is packed with an explosive powder. When the charge ignites, the star splits into four segments that propel outward.

Once limited to silver or gold effects, colored crossettes such as red, green, or white are now common.

Maybe we’ll even get ourselves to an international fireworks competition one day like this one held every two years in Danang Vietnam. I am SO fond of fireworks that I have also just created an entirely new line featuring digital art of fireworks across a sunset sky in my Redbubble shop. I especially like the A Line dress and some of the t shirts, and the jigsaw puzzle looks super fun! I challenge you to try the jigsaw!  You can choose from more than one size of puzzle too. Thanks so much for reading my blog, and please feel free to comment and to share it.