When we were kids we played PICK UP STICKS.  We always played on the grey carpet that had big big roses in the design – it was awful carpet really,  even our parents didn’t like it – so we lolled about on it, (remember when that didn’t mean ‘laugh out loud’?), played on it, fought and tumbled on it– but one of the best things to play on it was PICK UP STICKS. Did you play too?

The object of the game is simply to pick up the most sticks.

To begin the game, a bundle of sticks are somewhat randomly distributed so that they end up in a tangled pile. The more tangled the resulting (dis)array, the more challenging the game.

In some versions of the game, any isolated sticks, or sticks lying alone, are removed. The first player attempts to remove a single stick, without moving any other stick. In some versions of the game, players use a tool to move the stick away from the pile; this “tool” may be one of the sticks, held aside before the game begins. In other versions, players must pick up the sticks by hand. In either case, players must not move any other sticks while attempting to remove the chosen stick; if any other stick moves, his or her turn ends immediately.

Players who successfully pick up a stick can then have another turn – PROVIDED no other stick moves. The player keeps removing sticks until he or she causes a secondary stick to move. Then the turn passes to the next player.

The game is over when the last stick is removed. The winner is the player with the highest number of sticks picked up. Sounds dead easy. In reality its fiendishly difficult and requires not only a steady hand but good tactics.

In some versions of the game, different coloured sticks are worth different number of points, and the winner is the person with the highest score. Official Rules (I looked them up)

You can easily make your own PICK UP STICKS set. A bunch of wooden skewers and a few pots of paint makes a fun wet afternoon activity for you and the kids.

And so I moved from games on the floor to glass making.  Here is the design, its simply scarlet red “stringers” on an opaque white background.

I do love the simplicity of a game like this as much as I love a simple minimalist design like this, especially with today’s modern kitchen and living room decor.  Here you can see two smaller 20cm x 20cm plates in the foreground and 20cm x 35cm elongated platter in the background. Here’s my channel platter – long enough for a full french bread stick or masses of anti-pasto! 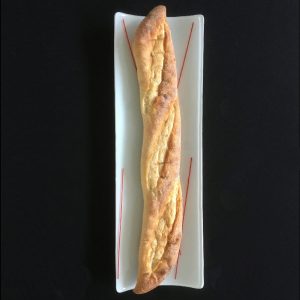 Here is a set of four Pick Up Stick coasters – each coaster is 10cm x 10cm, and I can make them larger or smaller if you like. I have created this same design with black strips on the opaque white and it’s called “Scaffolding”: you can see it here on black cloth and white.  (This is 20cm x 20cm.)

I wonder what colours you’d like to see put together?  If you’d like me to create one for you, please let me know.  I look forward to hearing from you, and thank you for reading about Pick Up Sticks.