The colours of the shutters here are unbelievable – where am I?

Yes, Singapore!  A place full of ideas and contrasts. 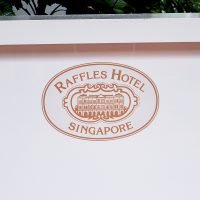 Holiday ventures and idea starters, Singapore.  Singapore, officially the Republic of Singapore, is a Southeast Asian city-state off the southern tip of the Malay Peninsula, 137 kilometres (85 mi) north of the equator.

Singapore is an island country made up of 63 islands, it is separated from Malaysia by the Straits of Johor to its north and from Indonesia’s Riau Islands by the Singapore Strait to its south.  Singapore is highly urbanised but almost half of the country is covered by greenery.

Singapore has an awesome Zoo. 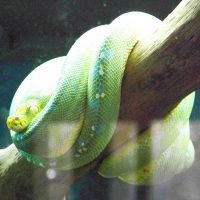 White orchids and the gorgeous bright green foliage inspired me to create a new series of green glass pieces on my return. 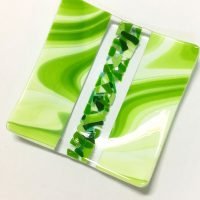 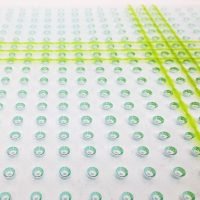 Singapore has a tropical rainforest climate with no distinctive seasons, uniform temperature and pressure, high humidity, and abundant rainfall.

Temperatures usually range from 23 to 32 °C (73 to 90 °F).  Relative humidity averages around 79% in the morning and 73% in the afternoon.  April and May are the hottest months, with the wetter monsoon season from November to January. From July to October, there is often haze caused by bush fires in neighbouring Indonesia. 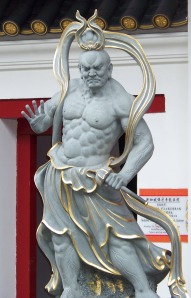 Buddhism is the most widely practised religion in Singapore, with 33% of the resident population declaring themselves adherents at the most recent census. The next largest religions, in order of size, are Christianity, Islam, Taoism and Hinduism.

There are monasteries and Dharma centres from all three major traditions of Buddhism in Singapore: Theravada, Mahayana, and Vajrayana.

Most Buddhists in Singapore are Chinese and are of the Mahayana tradition. Chinese Mahayana is the most predominant form of Buddhism in Singapore, with missionaries from Taiwan and China for several decades.

However, Thailand’s Theravada Buddhism has seen growing popularity among the people

(not only the Chinese) in the past decade.  Soka Gakkai International,

a Japanese Buddhist organisation, is practised by many people in Singapore,

but by mostly those of Chinese descent.

Tibetan Buddhism has also made slow inroads into the country in recent years.

I don’t get inspired by snakes (even in Zoos) I don’t like snakes at all, and have liked snakes even less since we used to live in South Gippsland, Victoria where dozens of tiger snakes and brown snakes shared our property with us.  Even the snakes (in the Singapore Zoo Reptile Garden) are brightly coloured!

Back to pics of Singapore.

Ahh the food in Singapore!  Excellent and fun, challenging, colorful and flavoursome!

Nightly presentation of dessert at our hotel.

Smorgasbords from my childhood never looked like this good!

All these pictures of food have made me hungry – off to prepare something delicious in my own kitchen.