Glass cutters – more than you EVER needed to know! We don’t all cut glass like they do in this video, but the tool is one that I know how to use, and I’ll actually be using one this week to cut my full sheets into smaller squares for my students to use.

I find this video enormously amusing and that’s why I’ve written this little blog about glass cutters.

This is the tool he is using. 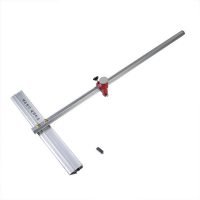 Did you know that someone has actually written a book about glass cutters throughout history.  It’s out of stock at the moment (I wonder why?!) but here’s the Amazon link to the book. Amazon’s description of the book reads “This one-of-a-kind book describes some 1400 different glass cutters collected from around the world by the author during the past 35 years. A brief history of flat window glass describes its manufacture, application, taxation, etc. from the time of the Romans, through France and England to the United States.

The early use of flint tools and grozing yrnes for cutting and shaping the glass is noted. These tools were used for shaping the stained glass in the early cathedrals. Five hundred U.S. glass cutter patents and 28 U.S. glass cutter design patents beginning in 1860 through 2009 are listed by date, inventor, and title. A list of corporate, product line, distributor, etc. names are also described further as being in one or more of the 23 “Style Categories” the author has set up that show pictures of 600 cutters and detailed descriptions of all 1400 different glass cutters. An extensive bibliography is included.”

Yes, that’s a one-of-a-kind book for sure! One for the real enthusiasts! But given we all use glass, and have done for centuries, it’s actually quite interesting to read up on all the different ways it can be cut into the shapes we need.

In fact, here’s a quick history lesson for you giving you a timeline of important dates and facts about the invention of the different types of glass. 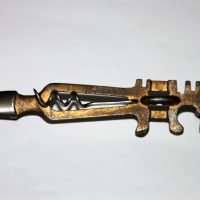 Glass has a long history of 5000 years.  Here’s a brief summary. Open this link for more history of glass. 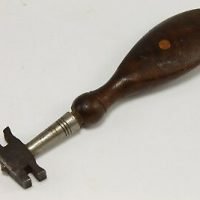 A glass cutter is a tool used to make a shallow score in one surface of a piece of glass that is to be broken in two pieces. The scoring makes a split in the surface of the glass which encourages the glass to break neatly along the score. A glass cutter may use a diamond to create the split, but more commonly a small cutting wheel made of hardened steel or tungsten carbide 4–6 mm in diameter with a V-shaped profile called a “hone angle” is used. 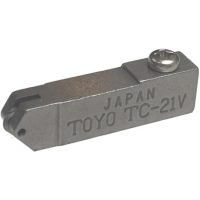 The greater the hone angle of the wheel, the sharper the angle of the V and therefore the thicker the piece of glass it is designed to cut. The hone angle on most hand-held glass cutters is 120°, though wheels are made as sharp as 154° for cutting glass as thick as 0.5 inches (13 mm). Their main drawback is that wheels with sharper hone angles will become dull more quickly than their more obtuse counterparts.

The effective cutting of glass also requires a small amount of oil (sewing machine oil or even kerosene) and some glass cutters contain a reservoir of this oil which both lubricates the wheel and prevents it from becoming too hot: as the wheel scores, friction between it and the glass surface briefly generates intense heat, and the oil dissipates this efficiently.  I use sewing machine oil which works well as its so fine and it doesn’t smell like kerosene. 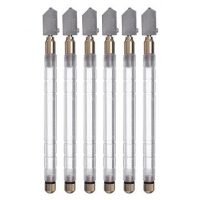 When properly lubricated a steel wheel can give a long period of satisfactory service. However, tungsten carbide wheels have been proven to have a significantly longer life than steel wheels and offer greater and more reproducible penetration in scoring, as well as easier opening of the scored glass.

In the Middle Ages, glass was cut with a heated and sharply pointed iron rod. The red hot point was drawn along the moistened surface of the glass causing it to snap apart. Fractures created in this way were not very accurate and the rough pieces had to be chipped or “grozed” down to more exact shapes with a hooked tool called a grozing iron. 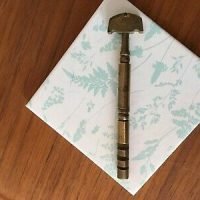 Isn’t that a great word? Grozed.

Between the 14th and 16th centuries, starting in Italy, a diamond-tipped cutter became prevalent which allowed for more precise cutting.

The earliest mention of the diamond being used for writing on glass occurs in the sixteenth century, which may be considered as the first application of the diamond to this purpose, were written by Francis the First of France with his diamond ring on one of the panes of glass in the amazing Castle of Champfort.

Some very beautiful specimens of this novel art were produced at Venice as early as 1562.  The art of cutting glass with a wheel, a method applicable to crystal only, was invented in the beginning of the seventeenth century, by Caspar Lehmann, lapidary and glasscutter to the Emperor Rodolphus II.

At this time also, there was a whole industry of glass producing in the Lusatian Mountains (Czek Republic).  If you want to find out more about how and why the Czech glass industry was formed go to this website.  I’ll write a blog about this in the future, its fascinating. At Lake Oswego, Oregon, USA is an amazing collection of ancient Venetian glass held in the Stroemple Collection.  Here’s an example of the breath-taking items you can see if you get a chance to visit.

The discovery of the glass cutting wheel as it is today can be attributed to OM Pike, a jeweller, who believed that there could be another way to cut glass – he experimented and developed a hardened steel rod placed between two friction rollers (1868) and Samuel G. Monce (an employee of the RJ Ives Machine Shop in Bristol) then improved Pike’s idea by incorporating a bone handle and a steel wheel (1869). 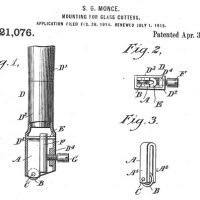 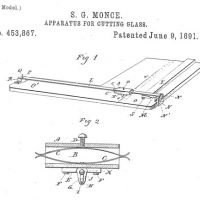 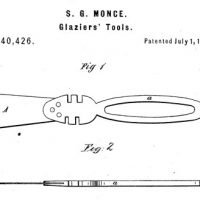 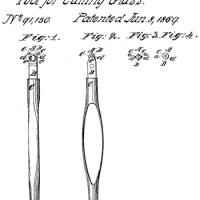 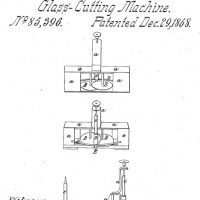 And then in 1869 the wheel cutter was developed by Samuel Monce of Bristol, Connecticut, which remains the standard tool in use to this day. 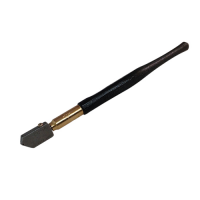 Glass cutters are also manufactured with wheels of varying diameters. One of the most popular has a diameter of 5.5 mm (​7⁄32 in).  The ratio between the arc of the wheel and the pressure applied with the tool has an important bearing on the degree of penetration. Average hand pressure with this size wheel often gives good results.  For a duller wheel on soft glass a larger wheel (e.g., 6 mm (​1⁄4 in) will require no change in hand pressure.  A smaller wheel (3 mm (​1⁄8 in)) is appropriate for cutting patterns and curves since a smaller wheel can follow curved lines without dragging and creating an uneven edge. Typically the sheet of glass is lubricated along the cutting line with a light oil. The cutter is then pressed firmly against the surface of glass and a line is briskly “scribed” to form a “score”.  The glass is now weakened along this line and the sheet is ready to be split.  Running pliers (seen here in turquoise plastic) are then used to “run” the split. I teach you all about what these terms mean in my courses. Now you know more than anyone about oil-filled glass cutters!  As you can see from our student pictures above, we use the Toyo pencil cutter in our studios but other studios choose to use other cutters.  Here are some pictures of others you can choose from. They all work. 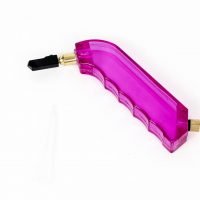 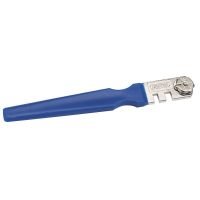 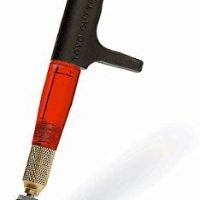 Thanks for reading today.  Feel free to let me know if you’d like to read a blog about something else to do with glass.  What will you suggest, I wonder? Don’t be shy – get in touch! Talk soon.