Fahrenheit or Celsius – why, why, why?

We deal with Fahrenheit and Celsius every day.  My “glassy” friends in USA happily share their best and most reliable kiln firing schedules.  They always share them in Fahrenheit!

In Australia, we use Celsius for our kiln firing schedules.  Of course it’s all easy now we have iphones and fabulous apps to change the temperatures from one measure to another.

The differences are important and its imperative to get it right!  Really expensive mistakes have been made when people have gotten it wrong!

Did you know that one conversion error between US and metric measurements sent a $125 million NASA probe to its fiery death?

“The use of two different unit systems was the cause of the loss of the Mars Climate Orbiter in 1998. NASA specified metric units in the contract. NASA and other organizations applied metric units in their work, but one subcontractor, Lockheed Martin, provided thruster performance data to the team in pound force seconds instead of newton seconds. Ooops!

The spacecraft was intended to orbit Mars at about 150 kilometers (93 mi) altitude, but incorrect data probably  caused it to descend instead to about 57 kilometers (35 mi), burning up  in the Martian atmosphere.” – Wikipedia

What a tragedy! And all because of one miscalculation.

The British Empire adopted Fahrenheit as their standard temperature scale, which is how it eventually became established in all their colonies as well. 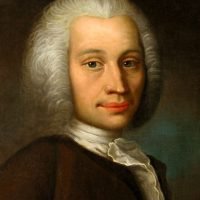 Meanwhile in 1742, a Swedish astronomer named Anders Celsius came up with a much less unwieldy system based on multiples of 10, in which there was a precisely 100 degree difference between the freezing and boiling temperatures of water at sea level.

(Oddly, according to ThoughtCo, he started out with water freezing at 100 and boiling at zero.  Interestingly, this was reversed after his death by fellow Swede and botanist Carlous Linneaus to be more easily understood. The centigrade scale Celsius created was renamed for him after it was redefined to be more precise by the General Conference of Weights and Measures in the 1950s.)

The neat 100-degree symmetry of the Celsius scale made it a natural fit for the metric system, which was formally developed by the French in the late 1700s.

For some back interest here’s a little youtube on what the meter actually is and the convoluted way it came to be as long as it is.  (And it still isn’t “right/correct/accurate”, by the way.) Changing from Fahrenheit to Celsius

The English-speaking world nevertheless clung stubbornly to its preference for awkward units such as the pound and the inch, and Fahrenheit.  Finally, in 1961, the U.K. Met Office switched to using Celsius to describe temperatures in weather forecasts, to be consistent with other European countries.

Between 1970 and 1988, imperial units were withdrawn from general legal use in Australia , and replaced with SI metric units, (International System of Units – Metric) facilitated through legislation and government agencies. SI units are now the sole legal units of measurement in Australia. The introduction was done gradually and systematically.  Interestingly the wool industry was the very first industry to adopt the new measures: an industry that exported a vast percentage of its product of course. The Fahrenheit scale does have one significant advantage: as it has more degrees over the range of ambient temperatures that are typical for most people, this means that there is a ‘finer grain’ temperature difference between 70 degrees F and 71 degrees F than there is between 21 degrees C and 22 degrees C. Since a human can tell the difference of a 1 degree F, this scale is more precise for the human experience. For example, “normal” body temperature is 98.4 degrees Fahrenheit and thermometers can accurately measure even small changes from this.

On the other hand, though, the advantage goes away if a fractional temperature in Celsius is used. For example, the equivalent Celsius temperature for 70 and 71 Fahrenheit are equivalent to 21.1, 21.7 Celsius.  In our house here in Melbourne our ducted heating is set on Fahrenheit – because the variation between degrees is adjustable and more precise. Try it – I recommend it! 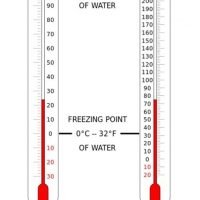 Difference Between Celsius and Centigrade?

Some people use the terms Celsius and Centigrade interchangeably, but it’s actually not completely accurate to do so.

The Celsius scale is simply one type of centigrade scale, meaning its endpoints are separated by 100 degrees. The word is derived from the Latin words centum, which means hundred, and gradus, which means scales or steps. Put simply, Celsius is the proper name of a centigrade scale of temperature.

There you go, do you now know more than ever about the temperature scales? This is how you manually can make the conversion from Fahrenheit to Celsius. American ‘glassies’ please note! 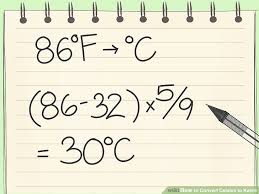 Even how you write temperatures is regulated. The International Bureau of Weights and Measures (BIPM) states that a Celsius measurement should be recorded in the following manner:   The number is placed before the degree symbol and unit.   There should be a space between the number and the degree symbol. For example, 50.2 °C is correct, while 50.2°C or 50.2° C are incorrect.

Thanks for reading all about degrees Fahrenheit and Celsius: just let me know if you’d like me to write to you about anything else as I’d love to hear from you.

On the computer you do this Alt + 0176 but this one doesn’t work for me, it used to work but doesn’t now. What that is, no-one knows. Unless you do, Dear Reader? I think this lady is enjoying a sizzlingly hot day in any measure. Does anyone still make hats out of newspapers these days? Maybe that’s another blog coming on!