There are many ways to study, understand, categorise and name colour. The study of the categorisation of colour is called Colorimetry, and this fascinating little sidebar to everything artsy and creative has a really interesting history. And it’s vital, as you shall see.

A brief history of colour standardisation

We can trace much of the history of colour quite accurately: the development of pigments and colour chemistry, the effect of colour on our psyche, and the perception of colour: we can also trace how we have come to name (‘nomenclature’) and standardise the look of colours. The language of colour often derives its names from aspects of nature, flora/fauna, geology (e.g., minerals), geography, food, and uses fanciful descriptions such as mother goose or rendez-vous.

And there’s no doubt, colour naming can be descriptive of the colour, but it also plays on our emotions – it seems fair to say that we would be more likely to buy something sold as pink champagne rather than beige.

But how did the study of colour really begin?

Way back when, Greek ‘atomist’ philosophers – who concentrated on understanding the science of practical things – claimed that material images (so called eidola) are distinguished from the objects that they represent, and they infiltrate the eyes to cause the impression of vision.

But Aristotle rejected the material, separate nature of eidola and looked for some sort of medium carrying an image between an observed object and the eye.

He theorised that colours on the surface of objects set the transparent medium between the object and the eye in motion and thereby could transmit their essential quality to the eye.

Aristotle’s theory was defended in the late Middle Ages by Middle Eastern philosophers Avicenna and Averroës, and, mainly via southern Spain where the Muslims held sway, this theory established itself in European thought.  There was assumption that went along with this – it was taken for granted that an immediate connection was made between color stimulus and a perceptual result.  This sounds like something our product designers and advertising industry would tell us today:  in other words, there’s a link between colour and emotion.

Who were the modern individuals who studied colour? 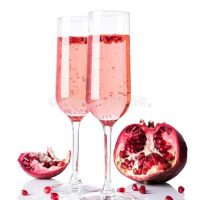 Well, rocket forward from the Middle Ages to the 1860s  and we find Milton Bradley.  You’ve heard of Milton Bradley because he’s best known as a board game manufacturer, but he was a strong supporter for the study of colour and standardisation (named colorimetry).  He developed a system of colour instruction for early childhood education which he published in his books Color in the School-Room: A Manual for Teachers (1890), Elementary Color (1895), and Water Colors in the Schoolroom (1900).

Bradley was not alone in his campaign. Robert Ridgway, the Smithsonian’s Curator of the Division of Birds from 1869-1929, was also interested in the standardisation and naming of colours.

As a scientist (and artist) he needed a way to properly illustrate, write and speak about the variety of colors observed in nature.  After all, you can’t just call something “Red”. How red? What depth of colour? How luminous? What shade?

He was an avid student of colour science (he read Bradley’s Elementary Color) and carefully arranged and provided names to 1,115 colors in his book Color Standards and Color Nomenclature (1912).  Ridgway also published Nomenclature of Colors for Naturalists in 1886, which included 186 named colours. 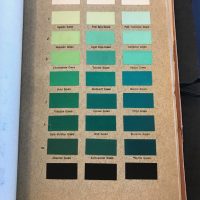 Industry was also concerned with colour standards and naming since they needed a way to communicate with each other when placing orders for manufacturing and production.  Businesses and manufacturers needed to employ a ‘universal’ vocabulary for colors so when they wanted a product to have the colour of eggplant they didn’t just get a vague purplish colour.  Simultaneously, colour naming also became a vital component for marketing and sales. 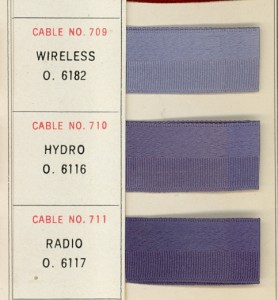 Anyone wanting to trace the nomenclature of colours and the use of colour standards (in fashion, especially) during the early 20th century will find the Textile Color Card Association (TCCA) colour cards of great interest.

The TCCA set up colour standardisation in the United States for the textile and allied industries (e.g., shoes, hosiery, and leather).  The TCCA published the first edition of its Standard Color Card of America in 1915 which consisted of 106 coloured ribbons.

The TCCA also introduced season colour cards for the fall and spring which mainly focused on novelty colours (e.g., Ether and Zenith), as well as popular colours.  The TCCA also published Autumn (fall) season woolen colour cards.  Thumbing through the 1921 fall season colour card, I discovered two novelty colours whose names seem very apropos for the times – Wireless and Radio. Makes sense right?  This is the time when radios were in every household.

The TCCA colour cards would include a number (e.g., Turquoise is S. 6153) that could be used to place and order by telegram or telephone. The numbers also expressed the character of the colour – the first three numbers indicated the parts of colour and last number described the strength of the colour.

Standardisation of the names of colours To get an idea of all the colour names listed in the aforementioned TCCA colour cards, you can use the Index to Color Names and Color Numbers of the Standard and Season Color Cards of America; some of these indexes also include the United States Army Color Card.

Preceding the work of the TCCA was The Color Association of the United States. Its Standard Color Reference of America, 10th edition (1981) is still used today. Another important resource on the naming and standardization of colours is the Dictionary of Color by A. Maerz and M. Rea Paul, which was first published in 1930 and contained 7,056 colour samples.

The formal documented measurement of the physical properties of coloured materials – and presentation of the results in such a manner as to indicate whether the materials appear as intended – was really introduced broadly to industry by Deane B. Judd, an American physicist who made important contributions to colour discrimination, colour order, and colour vision, and colorimetry was greatly advanced by his researches and publications.

He was a really interesting guy: in addition to his work in research and standardisation related to colour he represented the United States in international commissions on color science. He was the US’s representative in colorimetry to eight meetings of the International Commission on Illumination (CIE) from 1931 to 1967 and a key force in the development of a standard system of colorimetry. Largely responsible for the coining of the term “psychophysics”, he also wrestled throughout his career with the relationship between color stimuli and color perception.

The Inter-Society Color Council (ISCC) also began to focus its attention on designating and standardising colors in the 1930s and that then morphed into something much larger.  The ISCC and the U.S. National Bureau of Standards (today’s NIST) decided to take colour nomenclature to a whole new level – working with scientists, businesses, and artists they published 7,500 color names in the ISCC-NBS Method of Designating Colors and a Dictionary of Color Names in 1955, with a revision in 1976. Probably the most well-known modern company that has contributed to the standardisation of colour is Pantone.  This well-known company has been developing colour systems since the 1960s, and since 2007 has been giving the world its Color of the Year.  (More about this later.)

Pantone ‘colour swatches’ used to be universally employed to agree which colour was to be used for any design or object. They were a fixture on every art director’s desk.  Nowadays they form one of the essential cores of design software such as Adobe Photoshop.

The Library of Congress recently acquired the Pantone Reference Library, which includes more than 10,000 market-ready colours.  This Library is open to the public, so anyone can while away a few hours searching through the Pantone Library of Colour for inspiration.

If this has whetted your appetite and you’re interested in color science you might also want to consult Color Ordered: A Survey of Color Order Systems from Antiquity to the Present by Rolf G. Kuehni and Andreas Schwarz (Oxford University Press, 2008) and Contributions to Color Science (Publications of Deane B. Judd). NBS special publication 545 (1979).

The Pantone colour for 2022 is called Very Peri. Find out more at https://www.pantone.com/color-of-the-year-2022

I really love the colour of the year!  Its a bit like some parts of jacaranda and hydrangea, both of which bloom profusely in the warm summers here in Melbourne.  So far this year, and its March as I write, (late summer in the Southern Hemisphere), my students have all been drawn more to the colour you can see here called cornsilk and the one they call muted clay.  They all seem to want to make glass pieces in coral colours so I need to purchase more of these colours moving forward!  One thing I don’t know a lot about is the basis of the system of numbering for Pantone and I’m going to find out about this and write another little blog about it.  Would that be of interest you?  Let me know.

OK, I’m off to see if I can buy some Very Peri clothes. And I think I know a wall which would look rather good in Very Peri. I wonder what the closest glass colour is? I will leave you with some of the strangest colour names I came across in my research into Colorimetry.  These gave me a good laugh: Monkey Skin, Elephant’s Breath, Kitten’s Ear, and Rodent.  I think they could have dreamed up something a little more attractive than Monkey Skin don’t you?  And anyway – which monkey? I am sure monkey skin varies widely in colour.  And, I don’t think I want to be dressed in ‘Rodent’, either.

Ah, the endless joys of colour naming and categorisation! Thanks for reading my bog!