My daughter used the word “battery” today in a way that I’m not used to hearing.  She used the term “battery cognition tests”, and I wondered how come that word came to be used as a collective noun for tests, and also as an energy source for so many items we use today.

The word makes it debut in English in the Middle English era: from the Old French baterie, from battre ‘to strike’, from Latin battuere . The original sense was ‘metal articles wrought by hammering’, and later ‘a number of pieces of artillery used together’, whence ‘a number of Leyden jars connected up so as to discharge simultaneously’ (mid 18th century), giving rise to the modern understanding of “battery”. The word now has lots of meanings:

1. a –two or more primary cells connected together, usually in series, to provide a source of electric current  b – short name for any dry battery.

2.  another name for accumulator.

3. a number of similar things occurring together, as in a battery of questions.
4.  criminal law term meaning unlawful beating or wounding of a person, or mere touching in a hostile or offensive manner. The legal charge is often “assault and battery”.
5.  A fortified structure on which artillery is mounted.
6. A group of guns, missile launchers, searchlights, or torpedo tubes of similar type or size operated as a single entity.
7.  A small tactical unit of artillery usually consisting of two or more troops, each comprising two, three, or four guns.

8. A large group of cages for intensive rearing of poultry, which is why we refer to “battery hens”.

9.  In psychology, to describe a series of tests.

10. In chess,  where two pieces of the same colour are placed so that moving one can unmask an attack by the other.

11.  The percussion section in an orchestra.
12.  In baseball, when the pitcher and the catcher are considered together.
Refernce Collins English Dictionary. Copyright © HarperCollins Publishers
C16: from Old French batterie beating, from battre to beat, from Latin battuere.

The word “ Battery” was first used in a military sense to describe the temporary emplacement of early cannons that were put in place to “ Batter” down and breach the walls of a castle, or defensive rampart.  Later we see that the word is used the same context as in someone assaulting you. . If they have punched you, (battered you), they have committed Battery. 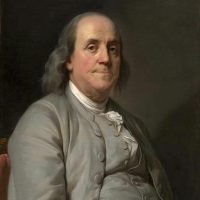 The first person using the word ‘battery’ to describe an electrical device was Benjamin Franklin (1706 – 1790).   At the time, people already knew that friction between leather (or paper) and glass produced an electric charge but they didn’t know how to store the charge, that is until 1745, some European scientists invented a device called Leyden jar which could gather an electrical charge and store it until it was discharged.  People who touched a charged Leyden jar felt “a shock of such violence that my whole body was shaken as by a lightning stroke”.

Benjamin Franklin found a Leyden jar very similar to a cannon (or a gun) because they both shoot out something powerful (electricity and bullet) and when he touched a Leyden jar, his hand immediately jerked back just like the recoil of firing a gun. To store more electric charge, Benjamin Franklin linked up many Leyden jars with each other. The name battery seems to be from the obvious fact that if one Leyden jar is like a cannon, then a group of Leyden jars is like, well, a group of cannons or a battery.

Franklin was the first to label them as positive and negative respectively, and he was the first to discover the principle of conservation of charge.  In 1748, he constructed a multiple plate capacitor, that he called an “electrical battery” (not to be confused with Volta’s pile) by placing eleven panes of glass sandwiched between lead plates, suspended with silk cords and connected by wires. In recognition of his work with electricity, Franklin received the Royal Society‘s Copley Medal in 1753, and in 1756, he became one of the few 18th-century Americans elected as a Fellow of the Society.  He also received honorary degrees from Harvard and Yale universities (his first degrees).

The CGS unit of electric charge has been named after him: one franklin (Fr) is equal to one statcoulomb!

When you have a lot of tests its called a battery of tests. As you read earlier, battery is a chess move its when two pieces of the same colour placed so that moving one can unmask an attack by the other. Here’s a chess board I made in glass ages ago as a special order. 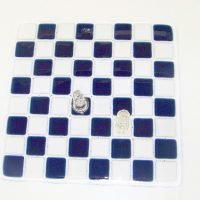 Additionally, Battery cages are a housing system used for various animal production methods, but primarily for egg-laying hens. The name arises from the arrangement of rows and columns of identical cages connected together, in a unit, as in an artillery battery. We use only free range eggs in our household and we urge you to as well! Battery chicken farming is cruel. According to Wikipedia, in the Legal profession  “Battery” is defined as:

“In jurisdictions that make a distinction between the two, assault usually accompanies battery if the assailant both threatens to make unwanted contact and then carries through with this threat. See common assault. The elements of battery are that it is a volitional act, done for the purpose of causing a harmful or offensive contact with another person or under circumstances that make such contact substantially certain to occur, and which causes such contact.” 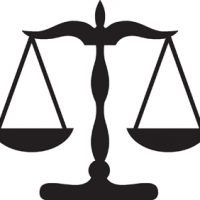 The use of the word ‘battery’ in baseball was first coined by Henry Chadwick in the 1860s in reference to the firepower of a team’s pitching staff and inspired by the artillery batteries then in use in the American Civil War.  Later, the term evolved to indicate the combined effectiveness of pitcher and catcher. 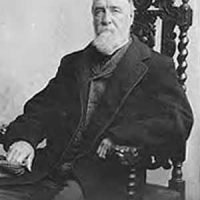 I could show you pictures of famous battery pairs from baseball but you can look them up if you are interested.  Here’s the link.

Unbelieveably, the word battery is also used in the music industry.  A drumline, also known as the battery or batterie, is a section of percussion instruments usually played as part of a musical marching ensemble … the battery usually consists of snare drums, bass drums, tenor drums, and cymbals. 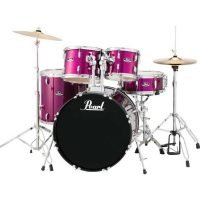 So can you believe that one word has so many diverse meanings?  There you go!  I simply found that fascinating.  Do you think there are any other words that have SO many other meanings?  Let me know what you think! i love hearing from you.