A4 B6 what are the sizes of paper all about, and who decided them? Paper didn’t always have standard sizes.  The first evidence of standard paper sizes being discussed was in a letter dated October 1786 written by physicist Professor Georg Christoph Lichtenberg to his friend Johann Beckmann, was a German scientific author and coiner of the word technology, to mean the science of trades. He was the first man to teach technology and write about it as an academic subject. In his letter, Lichtenberg outlined the benefits of a height to width ratio of the square root of 2.

Prof Lichtenberg is a truly fascinating person, read the Wikipedia link here to find out more about him, and I think you’ll be pleased you did.  I think he’d be one of the people I’d invite to dinner to talk about his thoughts and experiences.

Briefly, because I can’t resist telling you a little more about him:

He loved England, where he was received cordially by George III and Queen Charlotte. He led the King on a visit to the Royal Observatory in Richmond, Surrey, upon which the king proposed that he become Professor of Philosophy. He also met with participants of Captain James Cook‘s voyages and was a popular and respected figure in contemporary European intellectual circles. He maintained relations with most of the great figures of that era, including Goethe and Kant.  He was quoted by Freud as well.

Lichtenberg was one of the first scientists to introduce experiments with apparatus in their lectures.

And he was one of the first to introduce Benjamin Franklin‘s lightning rod to Germany by installing such devices in his house and garden sheds.

Interestingly, throughout his entire life he kept a daily journal of quotes he liked, books he wanted to read, and ideas he’d had.  He started when he was a student and continued until his death.  Each volume was accorded a letter of the alphabet from A, which began in 1765, to L, which is where the series broke off at Lichtenberg’s death in 1799.   The manuscripts of the remaining notebooks are preserved to this day in Göttingen University. As a physicist, Lichtenberg is remembered for his investigations in electricity, for discovering branching discharge patterns on dielectrics, which are now called Lichtenberg figures.

In 1777, he built a large electrophorus to generate static electricity through induction.  By discharging a high voltage point near an insulator, he was able to record strange, tree-like patterns in fixed dust. These Lichtenberg figures are considered today to be the very first examples of fractals.  These markings on this man’s body (the result of a lightning strike) is called a Lichtenberg mark. 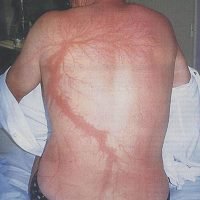 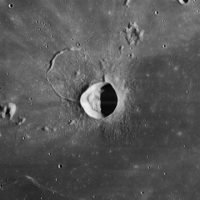 His life and works are fictionalized in French novelist Pierre Senges’s Fragments de Lichtenberg (2008; English translation, 2017), which is available on Amazon.  https://www.amazon.com/Fragments-Lichtenberg-Pierre-Senges/dp/2070783383 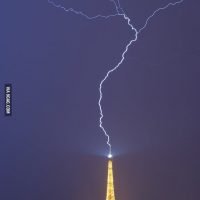 I discovered all this whilst trying to find out about A4 sizing and who started it all.  I know I’m a life-long learner about things that intrigue and am pleased to be so.

The reason behind Lichtenberg’s search for a standard system of paper formats was as a replacement for the vast variety of other paper formats that had been used before, in order to make paper stocking and document reproduction cheaper and more efficient. 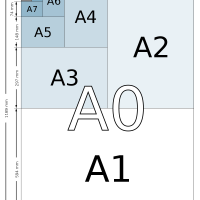 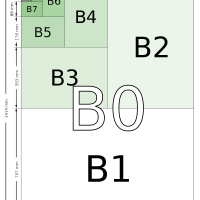 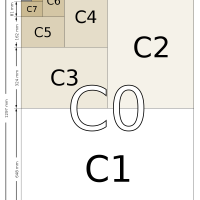 Over a hundred years later, another German philosopher, Wilhelm Ostwald (pictured below) proposed a world format for paper sizes based on the ratio 1:√2, referring to the argument advanced by Lichtenberg’s 1786 letter, and linking this to the metric system by using 1 centimetre as the width of the base format. By the way, art people, following his 1906 retirement from a fine career in academia, Ostwald became interested in the systematization of colors, which could be useful both scientifically and in the arts. He published The Color Primer and also The Color Atlas during the period of 1916–8. These publications established relationships between the various visual colors. A really interesting guy! 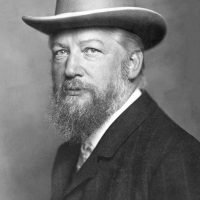 In 1921 the German specification of 4 series of paper formats with ratio 1:√2, with series A as the always preferred formats and basis for the other series. All measures are rounded to the nearest millimetre.

Incidentally, this ratio – 1:√2 – is also seen in the major architectural advances of Inigo Jones and Andrea Palladio, which hugely influenced European building design – and still does. 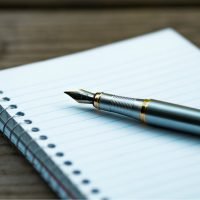 It finally became both an international standard (ISO 216) as well as the official United Nations document format in 1975 and it is today used in almost all countries on this planet, with the notable exceptions of North America (including Mexico), Peru, Colombia, and the Dominican Republic.

The main advantage of this simple system is its scaling.  No matter how many times you double the short edge (or half the long edge) it will always have the same width to height ration e.g. an A5 sheet is created by folding the next larger size, A4 in half. That  is also the advantage of the ratio in architecture, providing spacious and harmonious shapes for windows, doors and walls. You can learn mjore in a fascinating TV series – Kevin McCloud’s Grand Tour of Europe – which is available on a number of streaming TV channels. Hugely entertaining and strongly recommended.

Sp starting with AO size, all paper sizes are created by halving the paper on its longest side.  So AO halves to A1, which halves to A2.  When producing an A4 brochure you would use A3 paper halved and possibly bind it centrally.

If you’re a stats/maths freak and want to find out more about the actual proportions and tolerances in the paper sizes click here for more mathematics.

So what size shall I use for my new flyers?  I usually use DL – which is part of the Swedish variations on offer today.

(There are Indian, Chinese, Japanese, Italian and Swedish variations.)

In USA they have different sizes altogether.  They have a size called “Legal” and one called “Letter”.  I’ve included an image below for explanation. 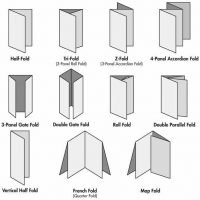 I can’t wait to get on Photoshop and create some new flyers and business cards as we are gradually emerging from the Covid nightmare in Victoria, and it’s time to get back to … glass, watercolours, and more!  Here’s my current business card.  The standard size for business cards here in Australia is 90mm wide by 55mm tall – is it different where you are?

Hope you enjoyed my little ramble: I am fascinated by science as well as art!